How To Quit Smoking During Pregnancy

Now that you’re pregnant, it’s absolutely essential that you stop smoking. Not only do you not want your growing baby to be exposed to nicotine, you don’t want your baby to be greeted by cigarette smoke everyday of his or her new life. The safest ways to quit is cold turkey, which most people are unable to do. Although, there are many options available to help you quit like nicotine patches and and a drug called Bupropion (Zyban).  The latter two options do not have any study data to dispute their safety to use during pregnancy, but it’s still always best to consult your obstetrician before you use them to quit smoking.

Know All Of Your Options

Nicotine Patches, gums and sprays are very effective in aiding your smoking cessation efforts.  Both 18 hour patches and 24 hour nicotine patches deliver a dose of nicotine throughout the system that keeps the smoker from craving the nicotine from cigarettes. It’s not known if these patches affect a pregnant women, but it will affect her infant if she is breast feeding. If you choose to use nicotine patches, select the 18 hour patches rather than the 24 hour patches and wear them during the waking hours to limit the amount of nicotine of which you are exposed to during your pregnancy. If you use gums or sprays, do not overuse them, again to limit your baby’s exposure to nicotine. By using nicotine patches instead of quitting cold turkey, you boost your quitting success rate from 1 in 20, to 1 in 10.

Another Option To Consider

There’s another method that can be used to quit smoking during pregnancy, using Bupropion.  Bupropion is considered safe for pregnant women, but no extensive studies have been made. First marketed as an antidepressant, it was discovered through the observation of Bupropion patients that it helped them quit smoking. Soon pregnant women were given the drug to facilitate smoking cessation. It also increases you quitting success rates to 1 in 10.  This drug also passes through a mother’s breast milk, so it is not recommended for nursing mothers.

What Is The Cost? 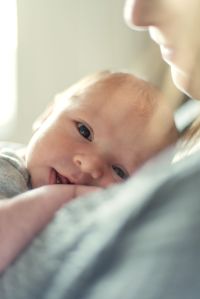 The cost of the above listed cessation methods is minimal ($70-$160) compared to the health problems your child can suffer from if you continue to smoke during your pregnancy. Smoking increases the risk of babies being born with lower birth weight, cleft lips, undescended testicles, gastrointestinal abnormalities, closed anuses, heart defects and other body malformations. Don’t run that risk. You may not have planned your pregnancy and quit before getting pregnant, but now that you are with child, it is important for you baby’s health to stop smoking.

Teaching Your Teens About Drugs and Addiction

It is probably one of the toughest subjects a parent will have to tackle, when it comes to steering kids in the right direction and keeping them off of destructive paths. We are talking about drugs; and you should be talking about drugs with your kids before someone else starts talking to them about drugs.

In the United States — today — it is estimated that the average young person will first come into contact with an illicit drug by the age of 11 years old, and the average age that an American child first experiments with controlled substances (including alcohol) is roughly 12-13 years old. It has been said — for many years — that talking to your children about drugs and the dangers of them, will greatly reduce the chances of a child or teen experimenting with drugs. This is a very true statement, however many parents simply are not having these talks with their children — for whatever reasons — and it is evident in the statistics.

Drugs are very prevalent in American Society today — there is simply no way around that fact. Individuals WILL come into contact with these substances at least once in their lifetime, so it is so very important that individuals are ready and equipped with the knowledge and the skills to recognize that drugs are dangerous and detrimental to their futures and everything they take for granted. By educating individuals while they are still teens and young adults, those skills are present and they are ready to handle any incident that occurs, especially when they are being pressured into using illicit drugs.

Still, many parents are hesitant, or unequipped-themselves to be able to effectively teach the skills needed for their children to cope with an incident involving drugs. Many drug rehabs and addiction treatment centers are therefore taking a pro-active approach and are trying to reach out to parents who simply do not know how to approach their sons and daughters about all of the negative effects of drug use. Through materials, counseling and support, drug rehabs in Texas and all over the country are making-available their services to at-risk parents and teens, in order to treat drug use and addiction before it even exists.

Learn how you can help become a part of the pro-active fight against drug addiction, and get advice and counseling on how to talk to your teens about drugs, alcohol, and other behavioral dangers:

The experience horse ranch Texas for women is probably something that seems like nothing more than entertainment if you do not know very much about the program. However, when you begin to understand the impact that horses can have on people that are going through emotionally difficult times, it will become clear that they are well worth considering if you know a woman that is dealing with a very difficult addiction.

One of the major contributing factors of addiction would be a lack of connection to people and things that rely on them in order to function. When someone does not feel like what they do is important, they are much more likely to make a choice to get high. Every time that they feel down, they would begin to see drugs as the only way to feel better. The purpose of Touchstone recovery would be to ensure that these addicts are able to establish a feeling that they matter in the world. Through developing a connection with these animals, they will look forward to waking up in the morning. Also, they would want to begin getting free of drugs in order to spend more time with the horses. If recovery seems like something that is not a possibility, you may have been taking the wrong approach.

Instead of going with something that you know would only be setting up your family member for additional problems with drugs in the future, you want to do what is needed today to ensure that change is only a matter of time. Looking for Texas rehab that accepts insurance would be a great way to find a solution that would be affordable and easy for you to take advantage of. If you have the protection of insurance, you would not have to worry about what type of treatment that you can afford. When you do not have a need to worry about paying out of pocket, you can count on the fact that you are getting some of the best treatment that is currently available to you on the market.

The recovery aftercare equine working ranch would allow your family member to continue enjoying the feeling of a connection built with these animals. While they live a life that is free of drugs, they would be able to remain close to the horses on a daily basis. If they are serious about changing the way they are living, it is important to also change their setting in the most drastic way possible. When you get them into these programs, you would be able to ensure they leave their old behaviors behind.

Tips For Guitar For Kids